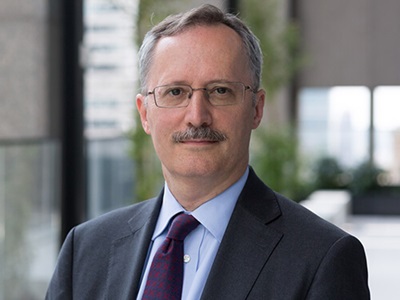 Universities Superannuation Scheme Limited – the trustee of the UK’s largest private pension scheme by way of assets – today announces a number of board changes including a new trustee director and the imminent departure of two directors who are rotating off.

Russell Picot, a former HSBC Group Chief Accounting Officer, will be joining the board and brings deep experience in pensions as well as broader Environmental, Social and Governance (ESG) knowledge that has become of increasing importance.

Russell left HSBC in 2016 after more than two decades with the bank. He was appointed as a Trustee of the HSBC pension scheme in 1999, becoming Investment Committee Chair in 2013 and Chair of the Board in 2017. He has since also held a number of significant external appointments including roles with several accounting bodies, Special Adviser to the Task Force on Climate-related Financial Disclosures (TCFD), and a trustee on the Master Trust LifeSight.

He is a chartered accountant and Accredited Professional Pension Trustee.

Kirsten English and Michael Merton will both be stepping down at the end of January. Kirsten joined the USS Board in 2014 and was subsequently appointed Chair of the Governance and Nominations Committee and a member of the Audit Committee.

Michael also joined the USS Board in 2014 and was subsequently appointed Chair of the Group Audit Committee and a member of the Remuneration Committee.

Dame Kate Barker, USS Board Chair, said: “We are delighted to be welcoming Russell to the board. He brings a wealth of knowledge of the financial services sector and considerable experience of working with pension schemes.

“His expertise in how investors tackle broader issues such as climate change will also be a welcome strengthening of our skillset.

“At the same time, we say goodbye to two valued colleagues, both of whom have made huge personal contributions to the work of the board through several valuation cycles during a period marked by increasing regulation and a global pandemic.

“I would like to take this opportunity to offer my sincere thanks to them for their time and commitment which has been greatly appreciated.”