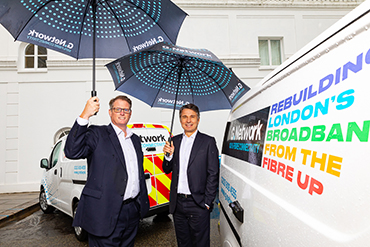 According to recent data, the UK is languishing at number 47 in the global speed league for broadband – down more than 10 places in the last year. While overall speeds have increased, the difference is small and many other countries have leapfrogged ahead as they have promoted conditions for investment in fibre networks while the UK has continued to rely on legacy copper technologies.

Why does it matter? It matters for many reasons – education, leisure and work to name but a few. Productivity and creativity can be hampered by slow and unreliable networks – particularly with so many people now working from home. However, even before the impact of the pandemic became clear, the UK Government committed to delivering gigabit speeds across the country as soon as possible as part of the Conservative Election manifesto. In November this figure was adjusted to a minimum of 85% of homes by 2025.

The rollout of fibre to the home, which can enable someone to download or upload a 4k film in three minutes, or simultaneously allow gaming, video streaming, access to work file networks and video conferencing, is the only technology widely available that can make this all happen affordably and reliably. Even more compelling, according to recent data released by the Fibre to the Home Council Europe, fibre releases 88% less greenhouse gas emissions per gigabit compared to legacy copper-based broadband.

And for USS this presents an excellent investment opportunity.

With dozens of small “alt-net” companies springing up in recent years to provide fibre to areas underserved by larger, more established players, USS, through its wholly-owned investment manager, has been tracking this sector for some time. The aim has been to find a high-quality business and management team capable of rapidly building a large fibre network.

Today, we are delighted to have announced our first investment in a company called G.Network, which was only established in 2016 but has already created a leading position in its London market having provided over 160,000 homes and businesses with fibre. We have agreed to invest £295m and become a joint controlling shareholder in the business alongside current investors, Cube Infrastructure Managers.

In addition to the equity committed by USS, G.Network has raised a further £745m of debt (subject to milestones) from a group of lenders to reach a total of over £1bn for investment. This will be used to roll out full fibre broadband infrastructure to 1.4m premises, reaching 13 London boroughs over five years, and creating more than 1,250 jobs in the process.

For USS this investment makes great business sense. Not only are we supporting our home market, but are doing so with assets with a 30-year or more lifespan. For a pension scheme with the need to generate returns to pay pensions for many decades ahead, investing in new infrastructure like this is ideal. It gives us access to growing and long-term predictable cashflows by investing in the build and growth phase at a substantially cheaper cost than acquiring a mature fibre network in the future. That means better long-term returns to benefit our members and sponsoring employers.

We remain keen to find other long-term investments like G.Network in the UK as we look to make the best use of our members’ and sponsoring employers’ money, something we have continued to do even during the height of the pandemic. Indeed, we have put more than £3.5bn to work in new private market transactions this year, much of which has been invested into the UK. We will do more, as long as the regulatory climate supports this. Only last week the chief executive of Ofcom, the industry regulator, re-iterated the need for investors to receive “fair returns” for the money they put to work to help build the UK’s gigabit future, something with which we would wholeheartedly agree.

USS exists to manage and support members’ pensions which remains our overriding concern, but if we can do this whilst supporting the UK economy and the development of its fibre infrastructure at the same time, we see that as a win all round.

Nothing in this article should be construed as an offer, invitation or general solicitation to buy or sell any investments or securities, provide investment advice or to engage in any other transaction or service.